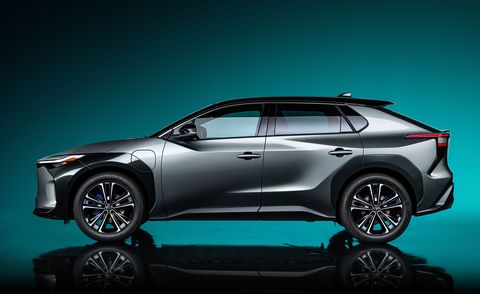 A New Electric Vehicle from Toyota

The first SUV built from Toyota, which is built on a new EV platform is set to be released.

At the 2021 Shanghai Auto Show, the bZ4X electric SUV was revealed on the new e-TNGA platform. The compact SUV resembles Toyota’s Rav-4, but this SUV has been built on a new platform with a distinctive yoke instead of your normal steering wheel plus a system that allows the car’s battery to recharge through the use of solar power.

Toyota plans to introduce 15 EVs by 2025, which will include seven bZ series models. The bZ4X is the first of the bZ series that stands for ‘beyond zero’ or cars that are beyond ‘just zero-emission’ according to Toyota.

The bZ4X will be produced in Japan and China and will be sold worldwide by 2022.

Toyota has been cautious with its approach to EVs up until now with this debut. Volkswagen, on the other hand, revealed that they are hoping to speed up their shift towards EVs by making a $29 billion bet on new battery tech.

The e-TNGA platform will speed up the development of new EVs, cut down on development time and different models can be designed at the same time. The platform can be fitted to a variety of vehicle sizes with key elements being fixed but based on the model the battery and electric motor can be adjusted.

Toyota will be able to reach a wider range of customers as they will have the ability to produce different size and priced cars on its modular platform.

The e-TNGA platform isa similar approach to what Volkswagen is taking with their MEB car platform.

The number of electric cars from Toyota will be pushed to around 70 by 2025, which will also include hybrids.